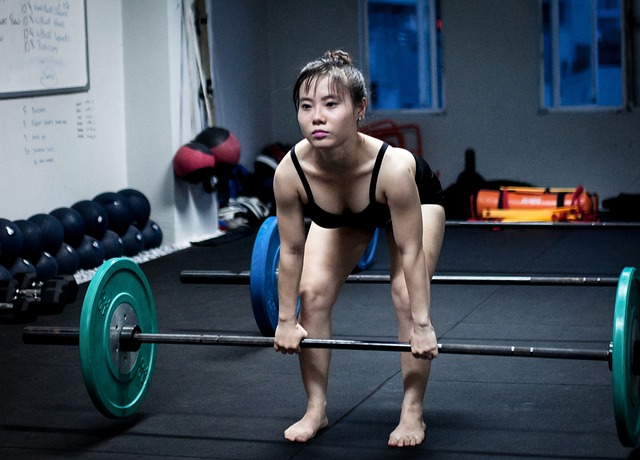 02 Aug Myth: Deadlifting is bad for my back

Posted at 09:26h in Strength & Conditioning by Exercise Right

There are many derivatives of this myth and the simplest response to this is usually “deadlifting is not bad for your back, it is how you are deadlifting that is bad for your back”. The more complex answer however is going to involve explaining some biomechanics and basic anatomy.

First of all let’s start with some basic numbers the average lumbar spine load tolerance for shear force is 2500 Newtons (N) and compressive force is 16,000N. The majority of force encountered at the lumbar spine in a deadlift is a shear force. However, there are also compressive forces along the spine created by muscular contraction but pain associated with deadlifting is more commonly associated with sear load intolerance issues. This shear load has been acutely experienced by anyone who has every let a weight move further away from their body when lifting in a deadlift movement as the shear load will increase dramatically as the leaver arm lengthens and moves further away from the axis of rotation around the hip.

So now that the numbers are out of the way let’s talk about the key anatomy to consider. The two important structures we will discuss are the shape of your lumbar spine and the depth of your hip Joint. The two main types of lumbar spine disc shape are Ovoid and Limacon, an Ovoid disc is usually part of a spine that is more slender and rotates much better while a Limacon disc is accompanied by a larger vertebrae body and has a much greater tolerance for shear loads. The simple comparison I like to make is a golfer compared to a rugby player, the golfer will usually have more Ovoid shaped discs and a Rugby player will typically have a Limacon shaped disc. This is not a hard and fast rule but it allows you to create a general picture of the type of body that may have one shape over the other.  This doesn’t mean one type should deadlift and the other shouldn’t, it just one factor that needs to be considered when deciding how to appropriately select and prescribe a deadlift exercise.

The other part of your anatomy you should understand is the shape of your hip joint. Some hips have a deep socket that provides a lot of stability but not as much mobility while other hips are very shallow and need much more muscle control to remain stable. There is actually a lot more detail that should be considered with hips such as the angles of the femur and the location of the hip socket on the pelvis but the overall message here is that not all hips are built the same. So you may just be trying to deadlift in a way that is not appropriate for your anatomy. Again, coming back to the point that it is the way you are trying to deadlift that is the issue not the lift itself. So there may be a structural reason you should not be trying to deadlift the way you are.

None of this means that you shouldn’t deadlift or that it is bad for your back, if you do it well and do it in a way that is appropriate for your body then it is as safe as any other exercise. However, you should still ask yourself why are you deadlifting? The only people that really need to deadlift off the floor are Olympic lifters, so there is no reason you can’t modify the deadlift movement to make it appropriate for your own body and your goals.

For more myth’s busted, and barriers broken down; head to our latest campaign: Everyone’s an Expert, Ask a Real One