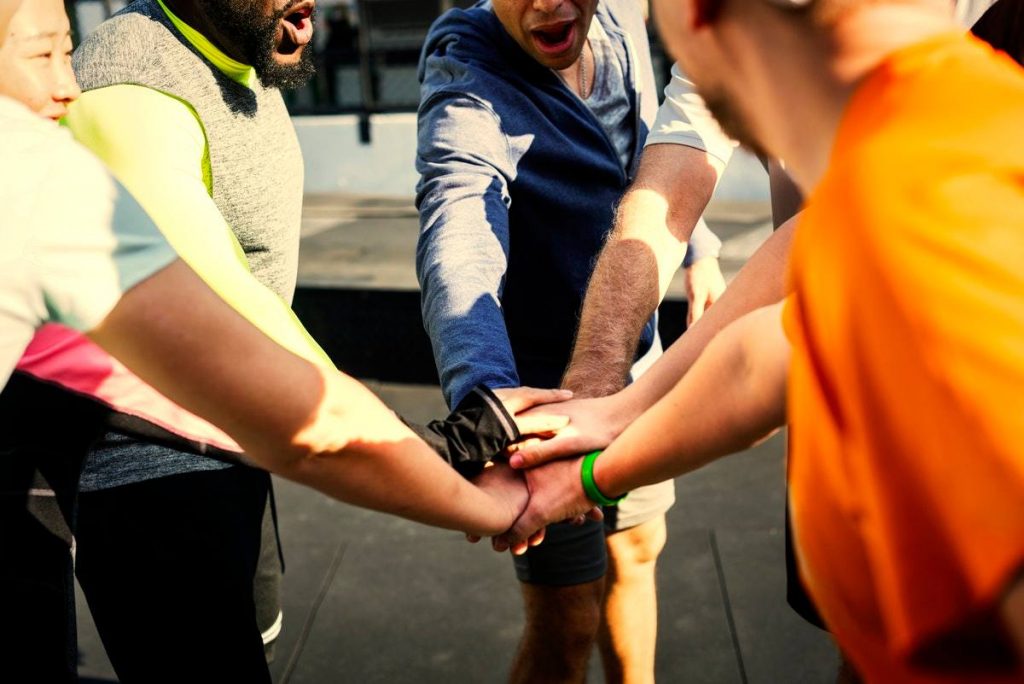 A collection of stories from Ray Kelly Fitness

Living your best life with diabetes

Diabetes is one of the most common chronic conditions in Australia. Around 1.7 million people live with this condition, and 85–90 per cent of cases are type 2.

We spoke to ESSA’s Accredited Exercise Physiologist of the Year for 2019, Ray Kelly, about his passion for exercise and helping people with diabetes and two success stories of Margo and Alexander and the management of their diabetes and health.

Type 2 diabetes is reversible. That can no longer be debated. At present we see very few patients achieve this in Australia and that has to change.

Type 2 diabetes is a disease based around the build-up of fat around the organs. Reduce that, and blood sugars come good. For some, this will come with a reduction in medication, whilst for others they will achieve normal blood sugars without the need for medication.

Exercise plays an essential role in this by improving insulin sensitivity, reducing visceral fat and improving glucose regulation. There are also many secondary effects from exercise such as improved self-esteem and mental health.

When people first start the program, there are some similarities in how they present. They often lack confidence in their ability to make change, and feel a little overwhelmed by it all.

Most have seen many health professionals over the years regarding type 2 diabetes and the only change they have seen is a reduction in health and an increase in medications. This has a great effect on their mental health. Many will have seen their relatives battle this disease and come off second best so there is a sense of inevitability, that they too will suffer in the same way.

We know that battling mental health issues will push a patient in the opposite direction, withdrawing from family and friends, reducing physical activity, and making poorer food choices. It is amazing how quickly this can be turned around. All the patient needs is some quick results to build their confidence, and support without judgment. Within weeks they are walking into your office with their chin up and chest out, proud of what they have been able to achieve, and motivated to maintain these changes long term.

Accredited Exercise Physiologists have a major role to play in turning around this dramatic increase in incidence of type 2 diabetes. It’s an exciting time to be working in the treatment of chronic disease.

Lifestyle change has been known to be the first line of treatment for type 2 diabetes for many years. Medications on their own have not worked and they never will.

Simply adding in 30-60 minutes of exercise each day will improve blood sugars and often lead to less medication being required.

Our bodies are made to move and there is no one more qualified to help those with this disease than an Accredited Exercise Physiologist. 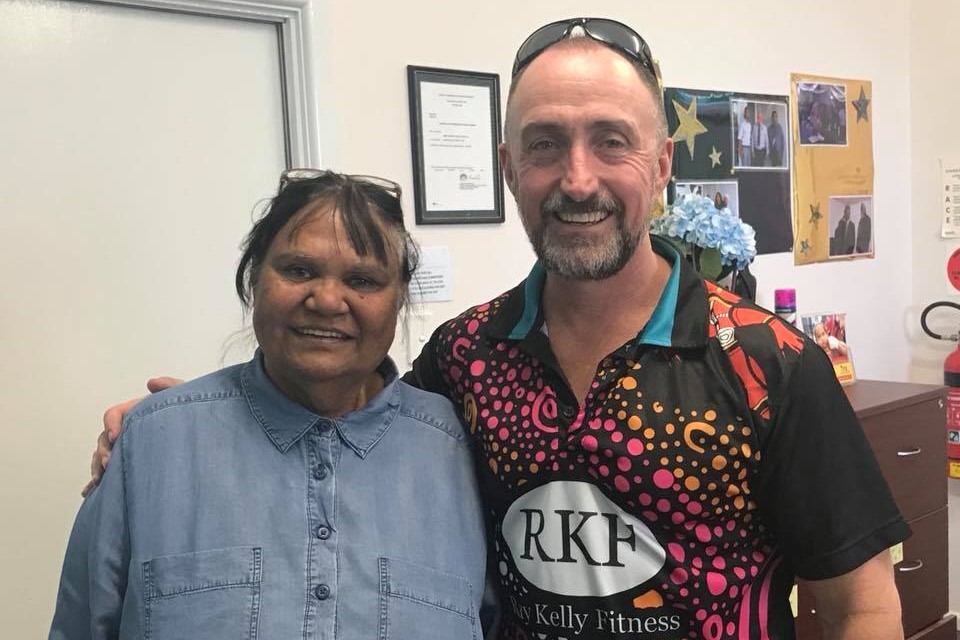 Margo met Ray Kelly two years ago when she was at a very low point in her life. Diabetes had taken control and she felt like she was living for the needles.

“I’m just over it. I hate what it’s doing to me. I’m over giving myself needles every day and every night. I’m honestly trapped. I’m hoping Ray’s program will give me some quality of life back, I haven’t had that for a very long time,” said Margo.

After hearing Ray speak about his program, she felt so much hope and happiness as there was finally someone willing to help Aboriginal people manage their diabetes.

After 10 weeks on Ray’s program, Margo achieved some dramatic results!

“I am now off all insulin! None! Just by doing my daily walk, my sugar levels average now between 5 and 6. Before I started this program, anything over 17 was normal.”

“I’m somebody who never ran since I was 14 years of age in cross country in a race. And now I’m basically doing a slow jog but I’m moving. And I’ve never felt so bloody good in my life. I’m hitting 60 this year. If I can do it, anyone can do it,” said Margo.

It’s now been two years since Margo came off insulin. Watch the videos below to hear more of her inspiring story. 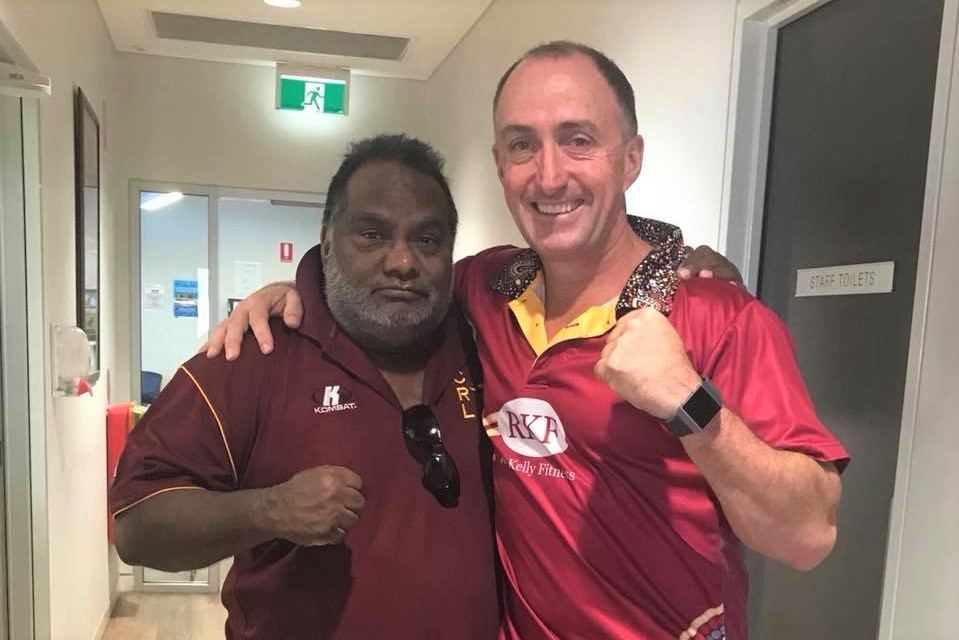 Alexander met Ray in 2018 at a community information session Ray held in his town. He looked very ill and could only get around on a mobility scooter as he couldn’t walk far at all. In fact, on that day, he had only taken 10 steps from his scooter and was breathing very heavily.

At 56 years of age, he was 117kg and had a history of heart issues that lead to him having a pacemaker put in. His blood sugars were very high and he was on 120 units of insulin per day. His sugars were high, which meant he was accelerating toward further heart issues, kidney disease and the range of other health conditions that come with diabetes.

Alexander’s family had been hit hard by diabetes and heart disease. His brother, a local police officer, died of a heart attack at 47. His elder sister had both legs amputated. Another sister is blind, and another had a pacemaker inserted too. They know all know too well what diabetes can do to you.

Fortunately, Ray and Alexander connected through their love of sport, especially boxing. As ill as he was, Alexander was ready to make a change and within 6 weeks he reduced his 4-5 injections of insulin per day down to 1 injection per day, with his dose reducing from 120 units, to just 20 units. He started with some short walks, and by the end of 10 weeks he had lost 20kg!

Fast forward two years and he is now 84kg (a further 13kg lighter than the end of the program), his blood sugars are great, and he is still on the 1 smaller dose of insulin each day.

But it’s his physical capacity that has really made a remarkable improvement! Initially, he struggled to go anywhere without his mobility scooter but now he is back working. He mows lawns, cuts wood and it’s a hard job keeping him off the golf course! 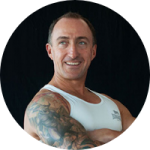 Exercise is everything to me. It’s my down time, my thinking time. It’s my release! I have always been active, and at 50 years of age that won’t be changing. I see the effects of inactivity each day at work, and I have a strong family history of heart disease and type 2 diabetes. I am a father of 5 young kids and the increased rate of these health issues concerns me. I would hate for any of my children to spend their life battling these diseases, so I know I must be a good role model in that respect. They see me leading an active lifestyle and they want to be involved as well.

FIND AN ACCREDITED EXERCISE PROFESSIONAL NEAR YOU
CLICK HERE